The Women’s Royal Australian Air Force (WRAAF) operated between 1951 and 1977. It consisted of 30 officers and 832 airwomen engaged in productive duties to ease shortages of staff in certain trades (eg, clerical and signals musterings). Many WRAAF servicewomen were trained (and some served) at the Point Cook Air Base. Oral history interviews have been filmed with three ex-WRAAF members and cut together with archival material to produce some short documentaries telling the unique stories of this era in the Point Cook Air Base’s long-spanning history.

The story of Point Cook, as the oldest military airbase in Australia, is an essential part of the story of the RAAF (incl. the WRAAF) and the development of military and civil aviation in Australia. An officer (Shirley Lumsden), an administrative clerk (June Hoy) and a telephonist (Margaret Campbell) who served and/or trained at Point Cook have generously shared their stories and historical material in the documentary series below.

In this video, the air women talk about their lives before enlisting, what attracted them to Air Force and the opportunities and challenges that is presented. They underwent academic and competency testing and received a medical before they were sent to Point Cook for training.

Recruits spent four to six weeks conducting rookie training. They learned marching and Air Force law as they transformed from civilians into service personal. One of our narrators also underwent officer training where she learned how to lead the air women under her command.

Recruit and officer training concluded with a pass out parade during which they showcased their marching proficiency, performed their course song and learned the destination of their first posting.

The Women’s Royal Australian Air Force air women lived and worked on base. They were issued a service kit including uniforms, eating implements and bedding. The women’s barracks were separated, and they earned less than the men.

There were 30 different occupations for members of the WRAAF. Women usually entered the force with existing skills, having worked as tailors, stewards, cooks or in other areas of civilian life.

Life On the Base

Members of the Women’s Royal Australian Air Force lived and worked on the base. Their life was regimented but they still found time for dances, swimming, variety shows, trips to town and even the odd prank to two!

Marching on ANZAC day is an honour and source of great pride for the WRAAF air women. In this video, they reflect on the joyous, positive and difficult experiences of marching over the years.

Members of the WRAAF were not permitted to continue in the service once they were married or pregnant, and opportunities for promotion were limited. Most women served 4 years or less but they formed bonds that lasted a lifetime.

The documentaries are funded under the Australian Government’s Community Heritage and Icon Grants Program. The program funds projects that support community engagement with, and raise awareness of, places on Australia’s National Heritage List.

Special thanks
to the Royal Australian Air Force and its members past and present. 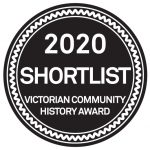